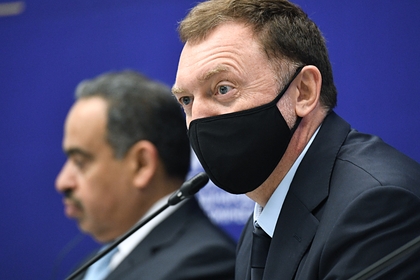 Without new centers of economic growth in Siberia and the Far East, Russia can not keep pace with the cosmic growth of Asian markets. Billionaire Oleg Deripaska wrote about this in his Telegram channel, explaining the need to build new cities.

“The regions of Siberia and the Far East have great potential. But in order to realize it, we need the appropriate infrastructure and investments, which are simply not there today, “he added.

According to the businessman, the expansion of investments in these regions will cause an increase in supply and a decrease in inflationary pressures in Russia … “Moreover, the growth of production potential in the processing of raw materials will provide the very necessary structural shift in the economy, which is necessary to reduce inflation in general,” Deripaska clarified.

He also quoted the words of the Chairman of the Council of Ministers of the Russian Empire Peter Stolypin on the expediency of building the Amur railway. “Our eagle, the legacy of Byzantium, is a two-headed eagle. Of course, single-headed eagles are strong and powerful, but by cutting off our Russian eagle one head facing east, you will not turn it into a one-headed eagle, you will only make it bleed to death, “wrote the billionaire.

in conclusion, he stated that there is no more “drowsy” Asia – there is a progressive and wildly developing Asia. “And we should keep up with her,” Deripaska stressed.

In August, Defense Minister Sergei Shoigu proposed to build several large cities in Siberia and make them scientific, industrial and economic centers. The initiative was supported by the Governor of the Krasnoyarsk Territory Alexander Uss, calling the implementation of the investment project “Yenisei Siberia”, which the region belongs to together with Tuva and Khakassia, as a prerequisite.