Business Ombudsman Boris Titov: Russia is one step away from the return of the USSR 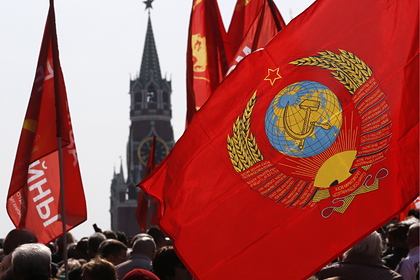 Russia is one step away from the return of the USSR. Boris Titov, authorized to protect the rights of entrepreneurs under the President of Russia, stated this in a conversation with Kommersant.

“So you started with the USSR, so we are already there with one foot again. Today, probably, this locomotive has already left, and it will be difficult to return the situation, “the business ombudsman said.

He noted that almost no one remained on the democratic flank in Russia. In his opinion, the struggle for power is between representatives of the left center and left radicalism.

In addition, Titov recalled the events during the collapse of the USSR. In response to the question why many after 30 years want to return to the Soviet Union, he replied that many residents did not want to leave it.

Earlier, the last press secretary of the President of the Soviet Union Andrei Grachev spoke about the missed opportunity to save THE USSR. In his opinion, the state could continue to exist in a democratic version of a voluntary union, and in order to preserve it, it was necessary to adapt it to the new world and society, which took six years of perestroika.