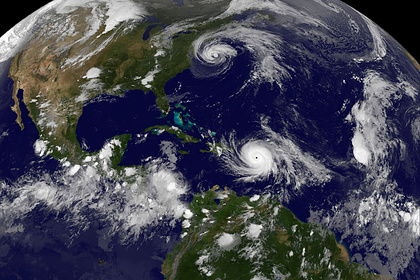 a specific action plan to combat global warming. As noted by the Committee, the presidency of the climate conference, which will remain with the United Kingdom until November 2022, places the country in an important role in the international fight against climate change, reports The Guardian.

The British Climate Change Committee (CCC), the official independent advisor to the government, presented its strategy for saving the planet and outlined the main challenges that the authorities must address in order to achieve strategic goals to reduce greenhouse gas emissions by 2030.

In particular, as stated by the CCC, the government needs a clear plan to reduce harmful emissions from agriculture, which account for 10 percent of total UK emissions. It is also necessary to fill the gaps in the policy of adapting the daily behavior of citizens. It includes reducing the consumption of meat and dairy products, as well as limiting the growing demand for air travel.

The committee called for spending 0.7 percent of GDP on financial assistance to developing countries to cope with the climate emergency, which was one of the main issues of the climate conference in Glasgow. COP26 countries were also reminded of the need to phase out fossil fuel subsidies. According to CCC Chairman John Gummer, the UK must “speak with action” on its soil, and globally “encourage decisive action to combat climate change, push for faster emissions cuts and more active adaptation,” using all diplomatic channels. The advisory body has proposed regulating the carbon footprint through “trade leverage”, tax policies and the application of strict environmental standards to products.

The UK led the COP26 climate conference, which took place from October 31 to November 12 in the Scottish city of Glasgow. Prime Minister Boris Johnson called on the negotiators to “press all levers” to save the Earth.