Ex-artistic director Boyakov: the decision to dismiss me from the Moscow Art Theater was a “waggle”, it was made a long time ago 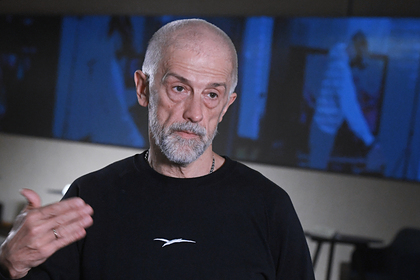 Eduard Boyakov, in an interview with journalist Tina Kandelaki on RTVI, called the decision to leave him a “waggle” and suggested when it was made.

The ex-artistic director believes that the decision to dismiss has been brewing for a long time. Boyakov is not inclined to believe that it is connected with someone else's positions.

The director noted that at first the general director of the Moscow Art Theater Vladimir Kekhman, in a personal conversation, promised him to arrange everything so that he would continue to work. But five days later, Kekhman suddenly asked him to resign.

Boyakov recalled that on the day of his dismissal, he was accompanied by a security officer to the exit. Before that, he spoke with Kehman and he shook his hand. “I got dressed, gave a task to my assistant to remove the icons, thank God,” the director admitted.

Earlier, the ex-artistic director of the Moscow Art Theater said that he was going to found a new non-state theater, whose name has not yet been disclosed.

Boyakov wanted to include the performances “Red Mozart” and “Laurel” into his program. He also hopes to return the production of “The Wonderful Georgian” with the participation of the singer Olga Buzova.