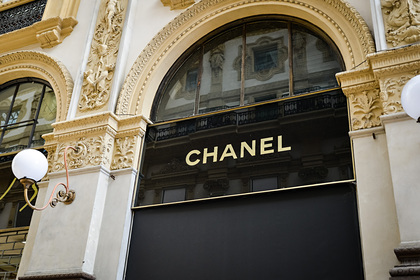 A woman bought an Advent calendar with mini-products from the Chanel brand for 600 pounds sterling (about 58 thousand rubles – approx. “Lenta.ru”) and was disappointed to find ordinary stickers, a magnet and an empty gift bag in it. The content of the calendar, which this year the brand dedicated to the 100th anniversary of the legendary Chanel No.5 fragrance, was demonstrated by the blogger in several videos published on TikTok.

The user of the platform with the nickname @eliseharmon showed that the calendar in which the gifts are hidden for every day of the pre-Christmas period, made in the form of an iconic bottle of Chanel perfume No. 5, inside which 27 boxes with numbers from 5 to 31 were neatly placed. After admiring the packaging, the blogger decided to open several slots.

“Number 9 looks promising so I'll try [select] it. This must be a joke. Stickers? ” – exclaims the author of the video, opening a large-looking box.

In addition to stickers, she discovered lipstick, hand cream, a magnet in the form of a perfume bottle, as well as an empty gift bag and nail polish. The first video @eliseharmon posted had over 11 million views, and she later posted a few more videos that she also showed interest in online.

“They robbed you”, “This is probably what they were lying around in the warehouse, “the surprised users of the platform wrote in the comments.

Earlier it was reported that the Spanish mass-market manufacturer Zara became the most fashionable brand of 2021. The Zara brand was ranked number one in 37 countries in terms of popularity among shoppers in the last 12 months, according to research conducted using Google search data generation over the past 12 months. Nike came in second and Zalando came in third.