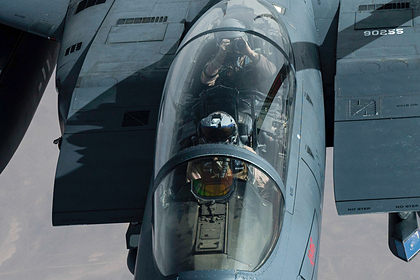 confrontation with Russia and China. Former US Air Force pilot, Mitchell Institute analyst Mark Ganzinger has found a cure for enemy defenses. This is reported by Flight Global.

The Mitchell Institute noted that the Joint Direct Attack Munition (JDAM) system is not efficient enough. A set of equipment that converts free-fall bombs into corrected ammunition will not be able to withstand modern air and missile defense.

Ganzinger emphasizes that the US Air Force needs medium-range cruise missiles. Ammunition, which will be able to hit targets at a range of 90 to 460 kilometers, will allow carrier aircraft not to enter the affected area. Also, the new family of missiles should be inconspicuous. This will make it possible to effectively hit mobile targets.

The publication suggested that in a potential conflict, the effectiveness of stealth aircraft with melee weapons will decrease. The depletion of AGM-158 Joint Air-to-Surface Standoff Missile (JASSM) missiles will render stealth aircraft useless.

In September, US Air Force Secretary Frank Kendall spoke about the construction of five stealth B-21 Raider bombers. The first plane will take to the skies in 2022. The aircraft will be able to carry AGM-158 missiles.

In August, The Drive announced the advantage of the B-52 Stratofortress bomber over the Russian Tu-160, Tu-95MS and Tu-22M3. It features a combination of strategic and tactical weapons.