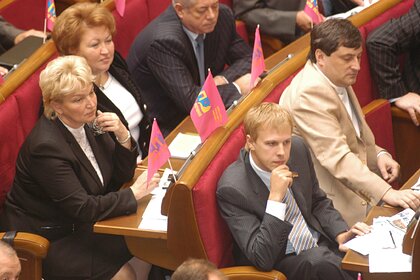 politician, the video was published on the official page of Strana.ua on Facebook.

A member of the Opposition Platform – For Life party, Ilya Kiva, said that “it is very easy to stretch your stomach”. According to him, he learned to economize and set the limits of his needs. Aleksandr Kachura, a representative of the Servant of the People faction, complained that incomes had dropped dramatically, but that the funds were “in principle enough”. Before joining the parliament, he was engaged in business and legal practice, and now he is forced to limit himself to wages. “I received a fee of $ 400 per hour. Now I have a fixed salary, “he admitted.

The head of the Servant of the People party, David Arakhamia, specified that the deterioration of his welfare can be seen in the declaration. The deputy of the same party, Roksolana Pidlas, added that she began to receive half as much. “I don’t want to bend my heart and say that the deputies do not live well, but the level of income has decreased,” she stressed.

Member of the ruling party Vitaly Bezgin admitted that he does not have enough salary. “Objectively, I live mostly on savings. And I honestly say that the salary, which is, given the parliamentary activity, it is not enough, “- he said.

Earlier, the former deputy of the Verkhovna Rada, Alexander Zhuravko, spoke about a possible coup in Ukraine.