The presidents of Ukraine, Lithuania and Poland in a statement called for tougher sanctions against Russia 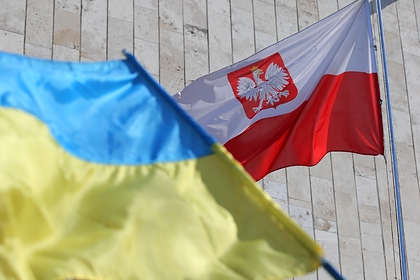 Ukraine, Lithuania and Poland called on the international community to toughen sanctions against Russia … This is stated in a statement published on the website of the office of the President of Ukraine.

The document notes that the presidents of Lithuania, Poland and Ukraine Gitanas Naused, Andrzej Duda and Volodymyr Zelenskyy announced “ongoing aggression against Ukraine” by Russia … Also, the leaders of the countries called on the Russian Federation to de-escalate and “withdraw troops from the Ukrainian borders and temporarily occupied territories.”

Related materials 00:01 – July 8 “America is looking for external enemies” Why, 150 years after the Civil War, the United States again found itself on the brink of a split? 00:01 – December 1

Department of Friendship .Russia is trying to find new allies. Why is it so difficult to do this without military assistance and loans?

Among other things, Nauseda, Duda and Zelenskiy have expressed concern over the Russian Nord Stream 2 gas pipeline. They noted that the project is allegedly a threat to European security. The presidents agreed to oppose the “monopolization of the European gas market by Russia, which uses energy as a geopolitical tool.” “The Presidents of Ukraine, Lithuania and Poland confirmed their clear commitment to further expand their cooperation on a wide range of issues such as security, defense, economy, energy and others, including within the framework of the Lublin Triangle format. The Republic of Lithuania and the Republic of Poland confirm their full support for Ukraine's membership in the EU and NATO, “the text says.

Earlier, Russian Foreign Minister Sergei Lavrov said that Moscow would take retaliatory measures if new sanctions were imposed by the United States … At the same time, the head of the department did not say what kind of reaction would follow from Russia. “If new, as they said, hellish sanctions follow, then, of course, we will react. We cannot but react, ”the minister promised. In his opinion, Russophobic sentiments in NATO and the EU do not allow Western states to move away from confrontation and do important things.