Former adviser to the US Congress Cohen: Ukraine voluntarily surrendered Crimea in 2014 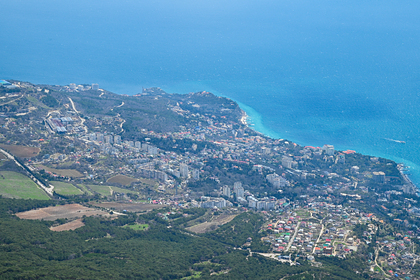 Former adviser to the US Congress Ariel Cohen said voluntarily gave the Crimea and the Black Sea Fleet to Russia in 2014. He wrote about this in his article published in the Newsweek magazine.

According to him, corruption and incompetence prevent Ukraine “from stopping to depend on Moscow.” He called on Kiev to get rid of “the habit of voluntary sabotage.” Cohen stressed that it manifested itself “in the war with Russia in 2014, when the Ukrainian army gave up Crimea and its own Black Sea fleet.” troops “on the border of the state. Cohen also said that Moscow is using Kiev's energy dependence.

Crimea became part of Russia in March 2014 after a referendum in which the overwhelming majority of voters in the region supported such a decision. Ukraine, the EU countries and the United States refused to recognize the results of the vote, calling the reunification of the peninsula with mainland Russia an annexation. The Russian authorities reject these charges and insist that the accession procedure was in accordance with international law.