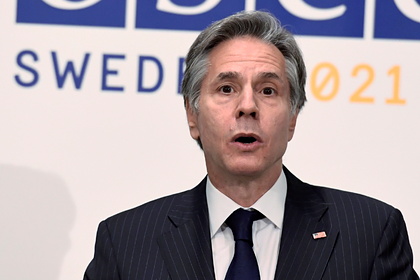 US Secretary of State Anthony Blinken said that predictable relations with Russia, however, recent actions by Moscow on the issue of Ukraine are leading the countries in the opposite direction. His words are quoted by RIA Novosti.

“There are areas where our interests coincide and where we could work together, relying on stability and predictability in our relations,” he said, accusing the Russian Federation of her actions allegedly threaten “further aggression against Kiev is being taken in exactly the opposite direction.”

Thus, Blinken accused Moscow of allegedly failing to comply with the Minsk agreements aimed at resolving the conflict in Ukraine.