Deputy Kalashnikov: in case of complications in the situation in Donbass, Russia will provide assistance to the DPR and LPR 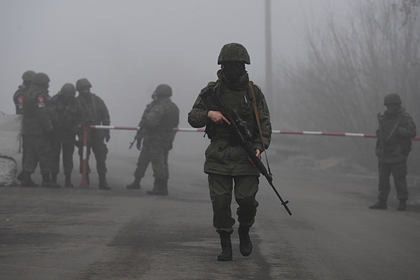 DPR and LPR) in case of complications of the situation on the line of contact. Deputy of the State Duma for CIS affairs, Eurasian integration and relations with compatriots Leonid Kalashnikov promised to provide assistance to the Donbass republics. The deputy's words are reported by Interfax.

Kalashnikov admitted the possibility of arms supplies from Russia. “In case of complications in the situation in the DPR and LPR, Russia will provide assistance to these republics in a form adequate to the situation. There is no other way. In particular, if the other side is supplied with weapons, Javelin and so on, then Russia will probably supply something to protect people to the other side. It can also be the supply of weapons, “- said Kalashnikov.

DPR and Ukraine declare mutual shelling and are preparing for war. Why are Russia accused of aggravating the situation in Donbass? p> The development of the situation in Donbass has raised concerns among the parties to the conflict over the past few days. The official representative of the Ministry of Foreign Affairs of Russia, Maria Zakharova, said that Ukraine had pulled half of its armed forces to the borders of the republics, and in Lugansk they noticed signs of preparations for an offensive by the enemy.

In Ukraine, Russia is accused of escalating the conflict, many high-ranking officials officials in Kiev are confident that a Russian invasion will soon begin. Ukrainian Defense Minister Alexei Reznikov called the end of January 2020 the most likely date for the start of the military operation by Moscow.