State Duma Deputy Kalashnikov: in case of aggravation in the DPR and LPR, the Russian Federation can help them with weapons 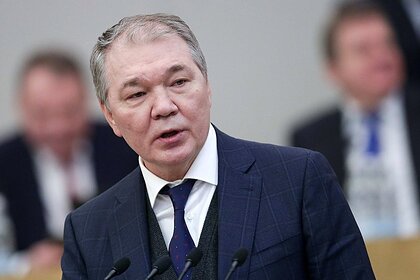 and the Luhansk (LPR) People's Republics, Russia will provide them with assistance in a form adequate to the situation. This was stated by Leonid Kalashnikov, Chairman of the State Duma Committee on CIS Affairs, Eurasian Integration and Relations with Compatriots, Interfax reports on Friday, December 3.

etc., then Russia will probably supply something to protect people to the other side, “he admitted.

The deputy pointed out that this is his own assumption, noting that,“ probably this is how it will look “.

In turn, Deputy Speaker of the Federation Council Konstantin Kosachev said that Moscow is ready for military provocations of Kiev, which he can undertake under the cover of Western states.

Previously, Minister of Defense of Ukraine Alexei Reznikov named the expected timing of the start of the Russian offensive against the republic. He noted the existing likelihood of a “large-scale escalation” on the part of Moscow and, citing intelligence data, said that the most likely time for it to start is the end of January.