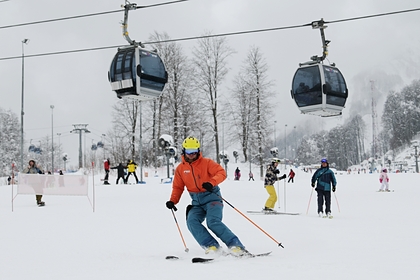 A ski resort has been opened in the Krasnaya Polyana resort in Sochi. There are four tracks available for visiting so far. This is reported by TASS with reference to the press service of the resort.

Thus, travelers can ride along the track “First Snow” at an altitude of 2.2 thousand meters and on three tracks in the valley “Circus-2” at an altitude 2.05 meters. It is noted that initially the season at Krasnaya Polyana was planned to be opened later, but favorable weather conditions made it possible to shift the dates. On Thursday, December 2, it snowed again in the mountains.

At the moment, about 40 percent of the resort's rooms are loaded. Instructors are already working on the slopes, a drag lift has been launched, rental points and a ski workshop are open.

Earlier it was reported that the Krasnaya Polyana resort announced the opening of the ski season and released a trailer for the House of the Dragon show, a prequel to Game of Thrones … It shows the snow-capped mountains, as well as the workers of Krasnaya Polyana.