KP.RU: it is worth going to Mari El because of the culture, nature and architecture 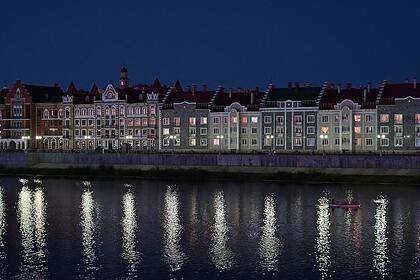 Mari El is a republic east of the Lower Novgorod and northwest of Kazan. The region has 675 thousand inhabitants. At the same time, Mari El is rich in culture and nature. Here pagan and Orthodox cultures intertwine, and dense forests rise above the Volga. Seven reasons why you can go on vacation in Mari El, the Russians were named KP.RU.

First of all, the traditions of the Mari people, which have their own culture, religion, language and even poetry, are preserved here. You can get acquainted with the customs of the Mari at the Surem holiday in the sacred grove.

Secondly, Mari El is the land of rivers and lakes, there are more than a thousand reservoirs here. In addition, a significant part of the republic's area is occupied by forests. It is noted that the region is especially popular with fans of ecotourism and rafting.

There is also a Santa Claus in the republic – here his name is Yusht Kugyza, and he lives in the village of Kuknur. To see the Mari wizard, you need to pass tests, learn about the heroes of the national Mari folklore and sights.

Mari El is rich in Orthodox churches: there are both ancient Christian buildings and modern ones. Not only architecture is picturesque – in the republic you can admire the Volga River. Despite the fact that only two percent of the length of the river is in Mari El, there are “instagram” places here: according to the newspaper, they are on the border with Chuvashia.

There is a city of Kozmodemyansk in the republic, it is advised to visit it for amateurs Ostap Bender. It is believed that this particular settlement became the prototype of Vasyukov. There are ethnographic and art-history museums, and the local theater plays performances in the Mari language.

Finally, there are two branded tourist routes in Mari El: “Wonders of the Mari Land” and “The Land of Ringing Gusli”. According to KP.RU, some tourists on their return say that they saw Belgium, Italy, Holland and the unique Russian region for two days of the tour.