Ministry of Economics: inflation will stabilize after a slowdown in the growth of prices for energy resources and transportation 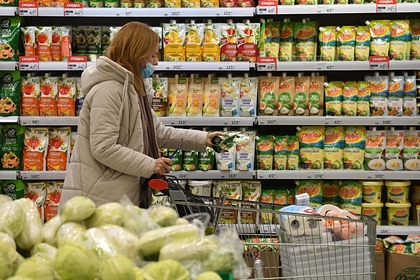 “News”. According to representatives of the department, inflation in Russia is due to the global rise in prices and limited supply in the domestic market, and it can be slowed down by a decrease in the cost of energy resources in Europe and cargo transportation, as well as the stabilization of the situation in the commodity markets.

that the dynamics of inflation in the country in the medium term primarily depends on the influence of external factors, and its causes are non-monetary. At the same time, the government is using a set of measures to combat rising prices and saturation of the market with necessary goods – including subsidies, soft loans, export quotas and duties, as well as tightening monetary policy by the Central Bank. According to representatives of the Ministry of Economic Development, state regulation of prices for a number of food products has already proven its effectiveness.

“We should also note long-term damper mechanisms (for grain and sunflower oil), which have already significantly reduced the dependence of prices within the Russian Federation on world “, – said in the department. To date, food inflation in Russia has already reached a record figure of 8.13 percent over the past five years, oil prices are growing faster than others – over the year, the growth amounted to 16.31 percent.

In early December, the Ministry of Agriculture proposed a new a way to combat the rise in prices for sunflower oil and sugar. The initiative involves the creation of a special intervention fund for the purchase of sugar in 2022-2023, as well as an increase in the export duty on sunflower oil.