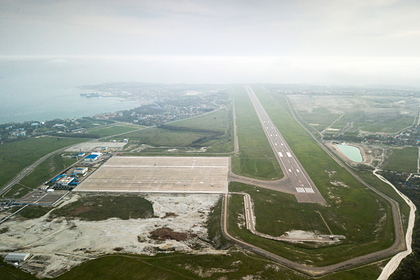 meteorological conditions made a decision to land at an alternate airfield in Anapa. Kubanskie Novosti writes about this.

It is noted that the S7 airline board, which departed today, December 3, to the popular resort of Russians from Moscow Domodedovo airport, could not land at the destination airport due to strong gusts wind.

According to the Flightradar24 service, the aircraft made several turns, but bad weather prevented a safe landing – as a result, the flight captain requested a landing at an alternate airfield in Anapa.

As reported to the publication in the group of Aerodynamics, the operator of Russian airports, in the coastal air harbors of Sochi and Anapa, the normal situation remains.

Earlier in December, it was reported that in Chelyabinsk, a Bombardier CRJ-200 passenger -the runway (runway) at a distance of about 20-25 meters. Onboard there were 32 passengers and three crew members. No casualties, no visible damage to the aircraft.