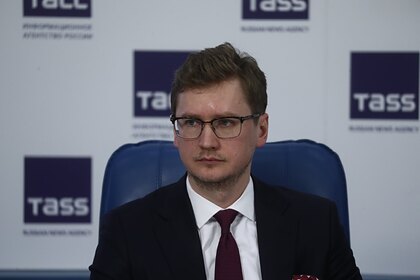 Long before the events of 2014, the Russian authorities embarked on a course to do without Ukraine, and decided to withdraw strategic assets from the influence of their neighbor. Andrey Sushentsov, Acting Dean of the Faculty of International Relations of MGIMO, Program Director of the Valdai Discussion Club, spoke about this in an interview with Lente.ru.

According to him, Russian foreign policy towards Ukraine is specific. He named its strategic goals: the fate of the Russian community, issues of economic and technological relationship.

“There are military issues – for example, the need to have at least neutral Ukraine to protect national interests in the western direction. All these circumstances are a certain list of exclusive wishes of Russia, it is unique and is not applicable to any other country except Ukraine, “Sushentsov emphasized.

He explained that Russia's calculation is based on the fact that in politics As in nature, there are some natural laws that are irreversible and which cannot be violated: “If you consistently make gross mistakes, shoot yourself in the foot, this structure will inevitably turn out to be unstable. In Ukraine, there is no one to rely on, which means that there is no need to deal with Ukraine, you need to take care of yourself. If Russia is not a successful example for Ukrainian youth now, then we need to become one. ”

On December 2, Ukrainian Foreign Minister Dmytro Kuleba said that the international community was working on a“ containment package ”in the event of a Russian attack. Press Secretary of the Russian President Dmitry Peskov noted that the country has not prepared, is not preparing and will not prepare any attacks on anyone.