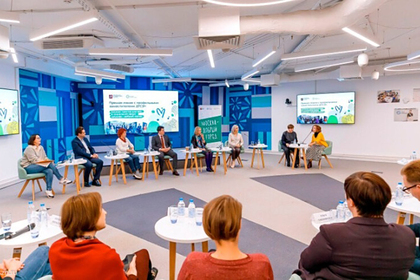 From September 15 to November 30, a grant competition “Moscow is a kind city.” As a result of the competition, more than 100 socially oriented NGOs won. Anastasia Rakova, Deputy Mayor of Moscow for Social Development, spoke about this.

“It is important for the capital to support social projects initiated by our strategic partners – NGOs. In order to improve the procedure for the Moscow is a good city grant competition, we did a great job and introduced a qualitatively new format for holding: we doubled the minimum grant amount – from 500 thousand to 1 million rubles, simplified organizational requirements, made an application form more understandable and transparent, organized a round-the-clock hotline. Thanks to all these changes, in 2021, 15 percent more NPOs became participants than in the previous year. This year's projects were more elaborate and relevant to the city agenda. And this means that Moscow residents will receive targeted assistance from socially oriented NGOs. As a result, the competition committee selected 102 social projects out of 497 applicants. We distributed the declared amount among the winners – 400 million rubles. With the help of the grants received, the winning organizations will be able to provide support to 12 thousand Muscovites: both constantly in need and those who find themselves in a difficult life situation, “the Deputy Mayor noted.

The hotline received more than 400 phone calls, experts the operator of the competition – the specialized center “My Career” – held 120 hours of face-to-face consultations and processed more than 100 written requests from NGOs to the competition's e-mail.

27 non-profit organizations will receive “large grants” in the amount of over 5 million rubles: the total amount support for their projects amounted to 197 million rubles.

The largest grant was received by the Vera Hospice Charity Fund. His project is aimed at organizing individual support for patients and developing the professional qualities of coordinators and volunteers, on whom the quality of care for a terminally ill person and his family directly depends. Also among the winners is the regional public organization of disabled people “Perspektiva” with a project for the rehabilitation, career guidance and employment of children, adolescents and young people with disabilities, as well as the Korablik charitable foundation for helping children with serious illnesses and their families with the project “Childhood in the hospital should be bright. ”

Among this year's grantees, most of the NGOs have announced projects in the direction of“ Preserving the quality of life of families with children and adults with disabilities, seriously ill patients, in need of long-term care ”. There are 31 such organizations. The second area in demand is assistance to large families and families with children, expectant mothers and adolescents in crisis and difficult life situations. 18 projects won in this category.

The competition “Moscow is a good city” in 2021 was held for the third time. Over the previous two years, more than 270 NGOs received grants. NGO projects have helped over 20 thousand residents of the city.