Sergei Semak on the protest action of Zenit fans: I understand the fans who left the stands 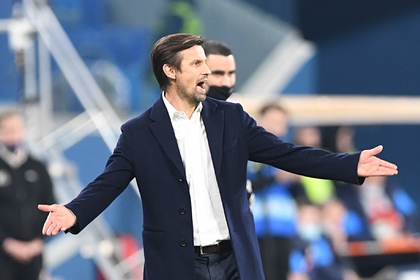 Zenit head coach Sergei Semak assessed the actions fans of the club who left the bend during the home match of the blue-white-blue against Rostov. His words are reported by Sports.ru.

The 45-year-old specialist made it clear that he supports the fans and understands their position. According to Semak, people were put in a situation in which they do not want to go to football. At the same time, the coach admitted that such actions affect the emotional state of the players.

Earlier, Zenit fans left the stands in the 60th minute of the match of the 17th round of the Russian Premier League (RPL) in protest against mass arrests of CSKA fans after the game with blue-white-blue in the last round. The Rostov fans also showed solidarity – they staged an action, freeing the guest sector in the 20th minute.

CSKA fans were massively detained after the game against Zenit. Fans of the army club are preparing a protest in the away match against Wings of the Soviets.