In St. Petersburg, science fiction writer Andrei Izmailov died at the age of 68 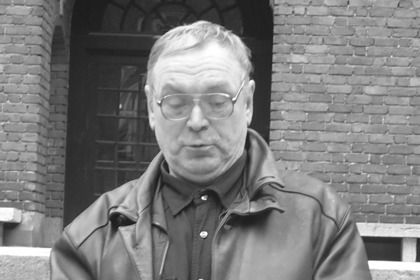 In St. Petersburg, science fiction writer, journalist Andrei Izmailov died at the age of 68. This was announced by politician Boris Vishnevsky on his VKontakte page.

“Friends, it’s a rainy day for Russian science fiction: Andrei Balabukha left yesterday, and today Andrei Izmailov. Two of my comrades, two long-term participants in the famous seminar of Boris Strugatsky. Blessed memory to both and my condolences to family and friends, ”wrote Vishnevsky.

Andrey Narimanovich Izmailov was born in Baku in 1953. In 1981 he graduated from the Faculty of Journalism of the Leningrad State University. Since 1979, he has been a member of the Leningrad Science Fiction Writers Seminar led by Boris Strugatsky. He became widely known in the late 1980s as the author of intellectual thrillers. In 1986 he received the Sibkona Prize in the category “Most Readable Author”.

Thanks to the Russian Transit trilogy, he was recognized as the founder of the modern Russian thriller. Two of his novels – “Zhmurki” and “Shadowboxing” – have received a film adaptation.