Le Figaro: French residents will be fined and imprisoned for school bullying 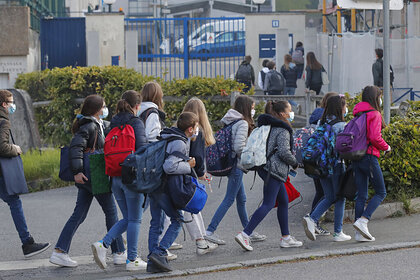 Bullying and bullying at school will officially become criminal offenses in France … It is reported by Le Figaro.

According to the publication, both students and teachers will be held accountable. Those responsible for school bullying will be fined up to 45 thousand euros. They will also face three years' imprisonment. At the same time, if it is proved that the victim missed school due to bullying, the prison term will be increased to eight years.

Le Figaro writes that in case of attempted or committing suicide as a result of bullying in an educational institution, the amount of the fine will be increased up to 150 thousand euros, and the prison term will rise to ten years. The corresponding law was approved by the lower house of the French parliament, the vote on it in the Senate will take place in February.

On May 11, it became known that the French Ministry of Education banned schools from using gender-neutral words in writing. They were considered harmful to the French language and reinforcing the status of English as the dominant language in the world.