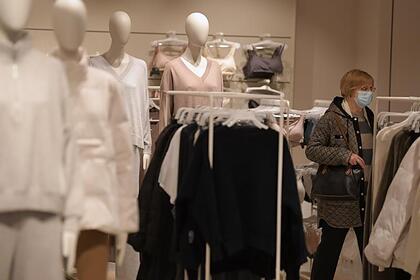 In 2021, prices for clothing and footwear in Russian retailers increased by 10-15 percent, in 2022 they may jump by another 20-25 percent. This forecast was given to Izvestia by Fashion Consulting Group analysts. The reason is the rise in prices for accessories, fabrics and transportation.

According to the managing partner of the Econika chain Sergey Sarkisov, fabric has risen in price this year by an average of 15 percent, logistics services – by 20 percent, and the cost of footwear production increased within 7-15 percent.

The general director of Infoline-Analytica Mikhail Burmistrov noted that retailers managed to compensate for the rise in price by working with the assortment line and optimizing the cost price, but only partially. At the same time, the average check increased slightly, which, according to the expert, reflects a limited increase in the purchasing power of the population.

In 2022, analysts say, prices in various segments may add a third of the current indicators. The highest growth is expected for premium price segment goods – up to 30-40 percent

“More restrained, in the range of 20-25 percent, for brands in the middle segment. Prices for clothing and footwear in the mass segment are growing less actively and gradually, trying not to overstep the level of 10–20 percent, since consumers are extremely sensitive to such the slightest changes, ”suggested Anna Lebsak-Kleimans, CEO of Fashion Consulting Group (FCG)./p>

The Federal Antimonopoly Service (FAS) explained that they do not control the cost of clothing and footwear. The Ministry of Industry and Trade noted that similar statistics on the rise in prices for light industry goods are found in the period preceding the release of new collections or renewal of the range of clothes before the next season.

Russia mainly with products made in China. All this is due to the overlay of a price increase initially on logistics and materials, which also received a price increase, “the department said.

Earlier, Russians were warned of an increase in clothing prices because of China. It is reported that its cost may rise by 20-40 percent. Analysts attribute this to the energy crisis in China, which led to stops in the production of fabrics.