NielsenIQ: demand for vegetable meat in Russia increased by 4 percent over the year 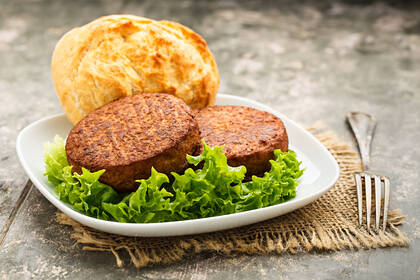 months grew by 4 percent in physical terms, while sales of “traditional” meat fell by three percent, follows from the data of NielsenIQ (estimates are at the disposal of “Lenta.ru”).

Russians also rushed to buy vegetable ” dairy products. In total, the segment of products, which includes substitutes for milk, cream, yoghurts, cottage cheese, sour cream, kefir and meat, grew in 2021 in monetary terms by 18 percent, and in physical terms – by 19. The segment of traditional goods in monetary terms increased by 6 percent, and in in kind compared to last year decreased by percentage.

NielsenIQ associates the trend with the fact that there are a lot of alternative products based on vegetable protein on the shelves of the largest retail chains in the country, and buyers are eagerly trying them. Supporting sustainability principles, allergies or dietary requirements, and beliefs that analogs may be healthier can motivate people. Over the past two years, the volume of sales of products based on plant proteins in Russia has doubled.

At the same time, many buyers do not refuse animal products, but simply reduce their consumption and supplement their basket with alternative goods, explained Svetlana Bobrova, head of business development at NielsenIQ. Additional support for alternatives is provided by religious traditions – for example, during Lent this year, sales of vegetable meat in March increased by 53 percent compared to last month, she explained.

However, one of the largest producers of vegetable analogues of meat, American Beyond Meat, in November, faced problems in Russia: the products stopped going through Russian customs, because officials considered that they were falling under a food embargo. We are talking about a litigation with the Moscow Regional Customs regarding the classification of goods. Previously, the import went under the classification “other protein concentrates and textured protein substances”, but the customs decided to transfer vegetable meat to the code “other food products”, which blocks its way to Russia.