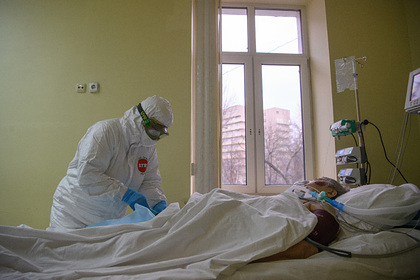 High-tech project of the National Technology Initiative (NTI) Avineiro has developed and is testing a new anti-anxiety drug Aviander, which is primarily intended to help those who have recovered from COVID-19. This was reported to RIA Novosti in the press service.

It is noted that anxiety disorders are among the most common consequences of coronavirus. Generalized anxiety disorder (GAD) is characterized by persistent, excessive, and unrealistic anxiety about everyday things.

The medical director of the Avineiro project, Elena Yakubova, said that as a result of eight weeks of therapy with Aviander, the overall Hamilton Anxiety Scale (HARS) score more than halved. She added that the drug “with high selectivity affects a number of adrenergic receptors and a group of serotonin receptors.” According to her, “Aviander” provides anxiolytic, antidepressant and procognitive effects.

Yakubova also explained that in preclinical and clinical studies of the second phase, the drug has shown high efficacy, good tolerability and safety.

According to Andrey Ivashchenko, the leader of the Neuronet working group, the drug has significant potential in the neurorehabilitation of post-ovarian disorders of the central nervous system. At the same time, if the hypothesis is confirmed in the third phase of the clinical trial, the Ministry of Health may decide to accelerate registration of the drug.

At the end of November, the head of the Federal Medical and Biological Agency (FMBA) Veronika Skvortsova said that the drug for coronavirus infection MIR-19 will be effective against the omicron strain. The drug is developed on the basis of microRNA, it is safe for humans and does not affect its genome and immunity, Skvortsova said. She pointed out that the drug turns off the copying of the virus and prevents severe forms of the disease.