Izvestia: The Russian Army will receive REM-GT and MTP-GT robotic vehicles for the Arctic 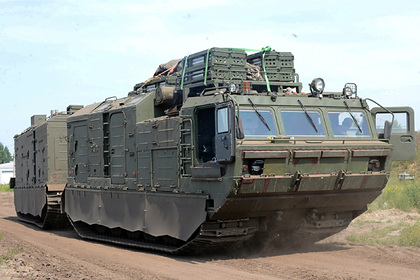 The Russian Army will receive new vehicles for the Arctic … The military will be given tractors with robotic manipulators for repair and evacuation of equipment at temperatures below minus 50 degrees. This is reported by the Izvestia newspaper with reference to sources in the Russian Ministry of Defense.

Repair units in the Arctic will receive heavy repair and recovery vehicles REM-GT and technical reconnaissance vehicles MTR-G. Sources of the publication emphasized that the cars will soon undergo state tests. He added that a decision was made to create special repair and evacuation units.

The REM-GT is based on the DT-30PM two-link tractor. The machine is designed for the repair and evacuation of all types of equipment in the arctic zone. The mass of REM-GT is 28 tons. The tractor will work together with the MTP-G technical reconnaissance vehicle based on the GAZ-3344-20 Aleut transporter.

Both vehicles received robotic manipulators that allow you to take vehicles into tow without leaving the cab. Also, repair vehicles will receive a system of all-round visibility, night vision and navigation. This will make it possible to detect equipment in any weather conditions.

SEM-GT was additionally equipped with a drone, and MTR-G carries a set of equipment for radiation and chemical reconnaissance.

Earlier in the Krasnaya Zvezda newspaper published new pictures of the two-link armored personnel carrier DT-BTR. The vehicle for the Arctic received a combat module. DT-BTR is designed for transportation and fire support of infantry units.