Residents of houses left without gas blocked a street in Makhachkala 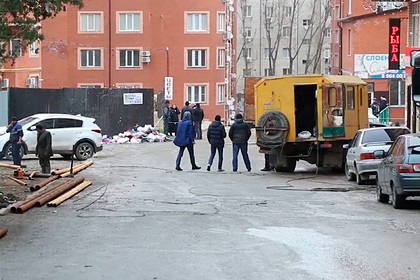 In Makhachkala, residents of houses left without gas protested. According to Ekho Moskvy, citizens blocked one of the central streets of the city.

Residents of houses on Amet-Khan Sultan Street demand to resume gas supply to their homes. Dozens of people took part in the action. Because of the protest, car and taxi drivers got stuck in traffic, and police arrived at the rally site and, according to eyewitnesses, tried to disperse the protesters. The mayor of the city Salman Dadaev came to the citizens and promised to solve the problem. After his visit, the rally ceased. Nevertheless, as stated in the material of Echo of Moscow, Telegram channels are reporting a new action in Makhachkala.

The mayor of the city explained that the new gas pipeline has already been built, and it is only necessary to put it into operation. Employees cannot put the gas pipeline into operation, since they do not have access to some of the houses. “In order to resolve the problem as soon as possible on the spot, it was decided to organize a headquarters and immediately begin door-to-door rounds. The work will be carried out all night to resolve the issue as soon as possible and resume gas supply, “Dadaev wrote on his Instagram.

A total of 11 apartment buildings were left without gas after the explosion that took place on November 22 in a private house in Makhachkala: then one person died, five were injured. Gas supplies to the area were cut off for repairs that were due to end on December 2.