RDIF head Dmitriev: WHO does not approve Sputnik V vaccine due to bureaucratic obstacles 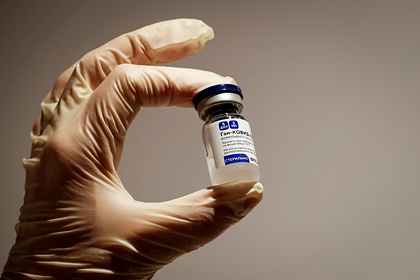 Head of the Russian Direct Investment Fund (RDIF) Kirill Dmitriev, in an interview for the newspaper La Nacion, explained the delay in the approval of the Russian vaccine against the Sputnik V coronavirus by the World Health Organization (WHO) by bureaucratic obstacles.

The Russian Ministry of Health maintains close ties with WHO, and we understand that there are still small obstacles on our way, but they are exclusively bureaucratic

According to Dmitriev, Moscow sees no particular reason why WHO is hesitant to recognize the vaccine, since the effectiveness of Sputnik V has been confirmed not only by publications in authoritative medical journals, but also by real data from around the world. He also noted that after the approval of the drug, vaccination will allow Russians to enter even more countries.

In November, Kirill Dmitriev said that the question of WHO's recognition of Sputnik V would be resolved “literally in the near future.” … He explained that the remaining bureaucratic stages will be passed in the next few months. Prior to that, Dmitriev stated that he approved the vaccine by the end of 2021.

WHO itself recalled that in October RDIF “signed all the necessary legal agreements required for the assessment under the EUL,” which is a “precondition for all applicants.”

In addition, the Russian side should Provide an update on Corrective and Preventive Measures (CAPAs) related to on-site inspections. Once the application and all materials have been received and reviewed, “the applicant will be given a decision on the need for an on-site verification inspection,” added WHO.

“There will always be dissent” Some Russians deny the coronavirus and do not want to be vaccinated. How to convince them? 00:01 – November 25

“Almost a miracle happened” The coronavirus has disappeared in Japan. When this happens in Russia – the biologist of the countries of Europe answers

Russian Foreign Minister Sergei Lavrov said in November that Russian specialized structures are working with the European Medicines Agency (EMA) on the recognition of the Russian vaccine. According to him, the decision to recognize vaccination with the drug is being delayed, but the topic is under control.

When asked about the recognition of Sputnik V, the German Embassy replied that it was necessary to complete the procedure for the equivalence of the Russian drug with vaccines approved by the EMA. Italian Ambassador to Russia Giorgio Starace said that his country does not recognize the Russian vaccine, bypassing the decision of the European Union. At the same time, he promised that Rome would contribute to a positive solution to this issue. He noted that Italy is interested in the process of recognition of “Sputnik V” accelerated.

The British Embassy in Moscow said that the approval of “Sputnik V” would be a positive step on the part of WHO, as it could contribute to drug acceptance around the world.

Hungarian Foreign Minister Peter Siyjarto called the issue of recognition of “Sputnik V” in Europe as political and ideological and accused European politicians of hypocrisy regarding the drug. He noted that every time they meet, European politicians say that the Russian vaccine is working well. “But despite all these words, spoken in private, they behave in a completely different way in public.”

In response to accusations of politicization of the drug recognition process, European Union Ambassador to Russia Marcus Ederer said that this was out of the question, since EMA experts considering the issue of recognition of Sputnik V are immune to pressure from European politicians. In his opinion, the calls of the politicians of the EU member states not to recognize the Russian vaccines do not affect the final decision of the EMA.

At the same time, Ederer noted that the Russian side allegedly itself is postponing the timing of the inspection requested by the EMA, and this is what slows down process. Ederer stressed that such a delay is a matter of technology, not politics.

Back in September, the head of the Ministry of Health Mikhail Murashko said that the ministers of health of the G20 countries named the Russian drug for coronavirus Sputnik V the best vaccine in the world. He admitted that this was perhaps the first breakthrough in medical science, when the drug was known all over the world.

The results of its use testify to the effectiveness of the drug. So, in San Marino, antibodies were found in all residents of San Marino vaccinated with the Russian vaccine. The country's health minister, Roberto Ciavatta, stressed that it was possible to contain the rate of incidence only after Sputnik V was brought into the country. The vaccine also showed the best protective efficacy against deaths in Hungary, where, in addition to it, four more vaccines are used.

At the moment, Sputnik V is registered in 70 countries, with a total population of about four billion people. The drug is manufactured by more than 20 companies in 14 countries around the world. In Russia, the vaccine efficiency of the Gamaleya Center was 97.6 percent. The drug was 83.1 percent effective against the delta strain.