Kommersant: HRC will offer to raise salaries of FSIN employees to end torture in colonies 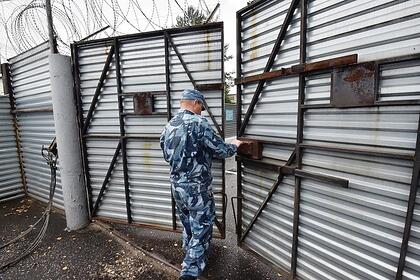 Human Rights Council (HRC) under the President Russia will draw up a report on “systemic violence” within the FSIN, in which, among measures to remedy the situation, it will be proposed to increase salaries for employees of correctional institutions, as well as to ensure the “inevitability of punishment” for people caught in torture. This was reported by Kommersant on Friday, December 3.

The report and proposals of human rights defenders should be prepared for the annual meeting of HRC members with Russian President Vladimir Putin, which is scheduled for December 9.

The document drawn up as a result of the inspection of Russian colonies will also be presented to the new leadership of the FSIN, Ombudsman Tatyana Moskalkova and Prosecutor General Igor Krasnov.

On November 10, member of the HRC Eva said about the upcoming inspection of the colonies, following which a report will be prepared. Merkachev. The council plans to check 20 penitentiary institutions from 1 to 7 December. According to her, they promised not to obstruct the council members.

Later, the human rights project Gulagu.net published new footage of torture and bullying in the regional tuberculosis hospital No. 1 (OTB-1) of the Federal Penitentiary Service, located in the Saratov region.