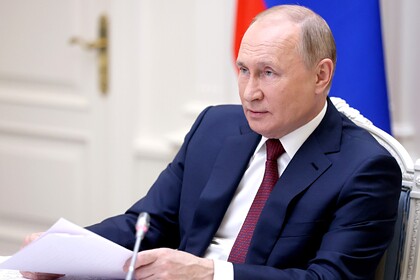 strain of coronavirus. The corresponding document was drawn up following the results of the 13th Russia Calling! Investment Forum, which took place from November 30 to December 1, and was published on the Kremlin's official website.

The deadline for the order is December 7. Chairman of the government Mikhail Mishustin was appointed responsible.

The strain under the code B.1.1.529, which was named omicron, was identified in South Africa on November 11. The country's health minister said that it is easily tolerated by vaccinated patients, however, according to available data, it can bypass the immunity of those who have recovered from other variants of the virus.

At the moment, the omicron strain has appeared in more than 20 countries around the world. On December 3, it became known that an Australian resident was infected with it, who was fully vaccinated and did not travel outside the country. Russian Minister of Health Mikhail Murashko said that not a single case of infection with the omicron strain has yet been recorded in Russia.