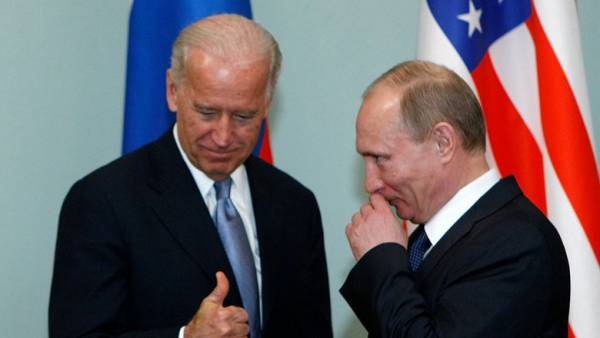 said Peskov. An exact understanding of the format of the meeting is also & nbsp; not yet & nbsp; & mdash; Will & nbsp; be & nbsp; these are negotiations one on & nbsp; one or with & nbsp; participation of delegations.

Yesterday, Russian Deputy Foreign Minister Sergei Ryabkov expressed the hope that & nbsp; Putin's and & nbsp; Biden's talks would take place in the near future. US Secretary of State Anthony Blinken said after talks with & nbsp; Russian Foreign Minister Sergei Lavrov that & nbsp; contacts at the & nbsp; highest level will take place & nbsp; in & nbsp; the near future. USA. The negotiations lasted more than three hours. The leaders of the two countries discussed the state and & nbsp; prospects for the development of bilateral relations, strategic security, information security and cybercrime.

During the meeting, the parties also discussed Belarus, the problems of Ukraine, the Middle East and & nbsp; issues of bilateral relations. In & nbsp; in particular, an agreement was reached on the & nbsp; mutual return of ambassadors. There are plans to hold another presidential meeting before & nbsp; by the end of the year, but no date has been set.