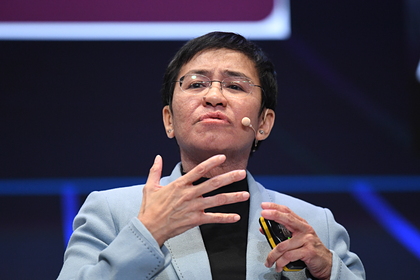 to travel to Oslo to receive the Nobel Peace Prize. CNN writes about this with reference to the relevant court decision.

“Ressa cannot use any available technology application, and the need for her attending the Nobel Peace Prize is justified,” the document says.

Novaya Gazeta recalls that the Philippine prosecutor's office tried to block Maria Ress's trip to Norway. Representatives of the department argued that the journalist could go into hiding abroad. The prize was also awarded to the editor-in-chief of Novaya Gazeta, Dmitry Muratov.

58-year-old Maria Ressa is the first Nobel laureate of Filipino origin. She worked as a CNN correspondent in Southeast Asia for nearly 20 years before heading the news service for local ABS-CBN. In 2012, Ressa and her colleagues founded the news site Rappler. The journalist was prosecuted for libel because of an article about the influential Filipino businessman Wilfredo Kenge, she was sentenced to six years in prison, but released on bail.