Scientists have found that on the Franz Josef Land archipelago, the peninsula melted 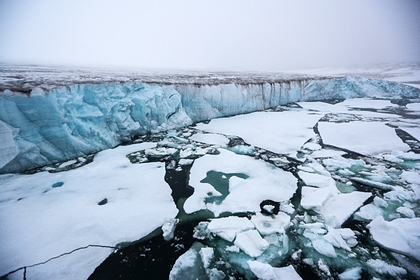 Employees of the Russian Arctic National Park, who worked with the expedition studying the walrus, they found that the peninsula melted on the Franz Josef Land archipelago. This was reported on the website of the national park.

Scientists conducted a raid around the island of Eva Liv on the Zodiac boat. In the middle of the peninsula, which ends with Cape Mesyatsev, a strait three kilometers wide appeared.

“Observations made it possible to conclude that the cape was completely glacier, the remaining part of it is now a piece of glacier that stands on a sandbank. This discovery requires the attention of hydrographic management and changes in sailing directions [description of the seas for mariners]. The map of this island was compiled in the middle of the last century, and now it is outdated, “said the director of the national park Alexander Kirilov.

According to the head of the department for the preservation of the historical and cultural heritage of the” Russian Arctic “Yevgeny Yermolov, the melting of the glacier was also noticed in 2017.

Earlier, the Arctic coast was first examined for the presence of microplastics. The trash found by scientists during the expedition of the Arctic Floating University consisted of fishing gear and plastic bottles of European production. The researchers also studied the microorganisms that migratory and migratory birds bring to the Arctic.