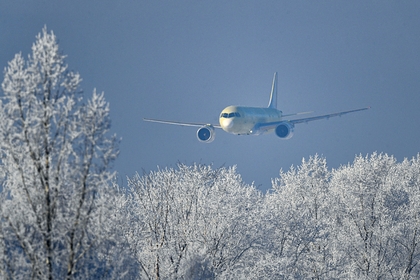 engines, described the landing of the liner with the phrase “it was terribly scary.” Telegram-channel “112” writes about this.

Thus, the passengers of the Magadan-Novosibirsk flight told how they felt during the flight. “We flew, severe turbulence began, lost and gained speed. I began to shake very strongly, it was terribly scary, beyond words. We just took off and started right away. In about three minutes. The whole flight did not go as usual, “the channel reports them.

In addition, the travelers shared how the plane's emergency landing at the Irkutsk airport went. “As a person who was on this plane, I want to note that no one shouted in the cabin, there was no panic. It was scary, of course, but the passengers held on. And thank you very much to our pilots that we still flew … “- one of the Russians admitted.

On December 2, an S7 airline plane, en route from Magadan to Novosibirsk, made an emergency landing in Irkutsk. It was reported that after takeoff, the autopilot suddenly turned off, and a second later turned on again, then the engine iced signal was received. The pilots first tried to return to Magadan, but after an unsuccessful attempt they were forced to urgently land in Irkutsk.