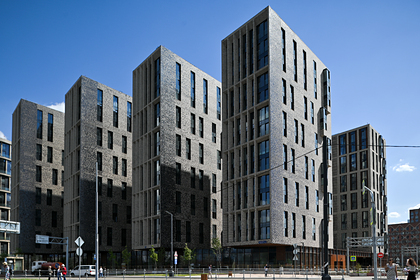 Since the beginning of 2021, 6.5 million square meters have been built in Moscow housing. Andrey Bochkarev, Deputy Mayor of Moscow for Urban Development Policy, announced the result significantly exceeding the planned indicators. His statement was published on the website of the Complex of Urban Development Policy and Construction of the City of Moscow.

The deputy mayor noted that the pace of work in the construction industry remains high, despite the pandemic and a number of unfavorable economic factors. “We not only fulfilled the plan for the commissioning of housing this year ahead of schedule, but we are also preparing for record indicators for the last more than 50 years,” Bochkarev emphasized.

He said that the current indicators for the delivery of housing have broken a record epoch of Brezhnev, when in 1965 in Moscow they built about five million square meters of living space. Bochkarev also noted that not only housing and commercial facilities, but also social infrastructure are being built in the capital. According to him, 78 schools, kindergartens, as well as health care, culture and sports facilities have been commissioned since the beginning of the year. “I want to emphasize that the year is not over yet. During December, we will commission a number of other facilities, ”the deputy mayor said.

Despite the record figures for housing commissioning, apartment prices continue to rise both in Moscow and in other Russian cities. Over the year, a square meter of secondary real estate in cities with a million population has risen in price by 22.5 percent. The cost of new buildings also increased by 53 percent compared to November 2019.