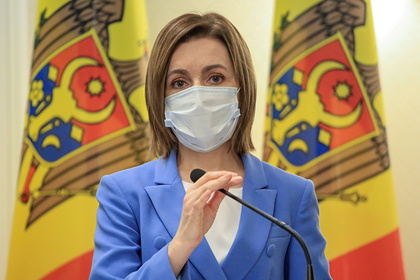 the problem of Russian TV propaganda in the country. She spoke about this on the air of the TVR Moldova channel.

Sandu commented on the report of the Center for Independent Journalism of Moldova, which reported the presence in the country of “massive propaganda from Russia” spreading through retransmitted TV channels and carrying “a threat to the republic.” .

The President hoped that the new composition of the Council on Television and Radio Broadcasting (CTR) with the help of “certain legal instruments” will be able to stop “propaganda, deception and other violations.” “I really hope that this STR will be objective and effective,” she said.

The head of state stressed that the work of the council will also become an indicator of the effectiveness of the current legislation in the field of information security.

Earlier, Sandu said that Moldova will continue to demand the complete withdrawal of Russian troops from the unrecognized Transnistria. At the same time, she noted that Chisinau is very concerned about the deteriorating security situation in the Black Sea region.