The head of the OPLJ Medvedchuk: President Zelensky takes revenge on Akhmetov for criticizing him 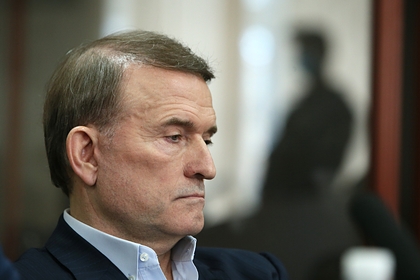 Viktor Medvedchuk, head of the political council of the Opposition Platform – For Life (OCPL) party, explained in an interview with the Fifth Studio program on the Russia 24 TV channel the attacks of Ukrainian President Volodymyr Zelensky on businessman Rinat Akhmetov. In his opinion, the head of state is trying to take revenge on Akhmetov for the criticism he has heard on the channels owned by the oligarch. The text of the interview is published on the website of the HLE.

“Some time has passed, and a new round of falling ratings of both Zelensky and the Servant of the People party has begun. We need to compensate for this. Today, these are coups d'état, mentions of famous people about a coup d'état, in fact, this is a process or a policy of revenge on this person and many others who do not agree with Zelensky's policy. Because the channels of this person (I say directly – these are Akhmetov's channels) began to really implement freedom of speech on their screens, and this is horror in the minds of Zelensky and his team, “Medvedchuk said.

Also, according to the politician , there is a connection between the charges of treason brought against him earlier by the prosecutor's office and the president's statements about Akhmetov's probable involvement in the preparation of a coup d'etat in the country. Medvedchuk considers such episodes to be nothing more than Zelensky's revenge for being “ripped off the mask of a benefactor” who is constantly striving for something, but cannot achieve anything.

Earlier, the deputies of the Verkhovna Rada of Ukraine proposed present to President Volodymyr Zelenskyy diapers and a synthesizer. Aleksey Goncharenko, a representative of the European Solidarity faction, made a proposal to provide the president with a synthesizer, apparently alluding to the studio number Kvartal 95, during which Zelensky depicted playing the piano with his genitals. Eight parliamentarians voted for the initiative.