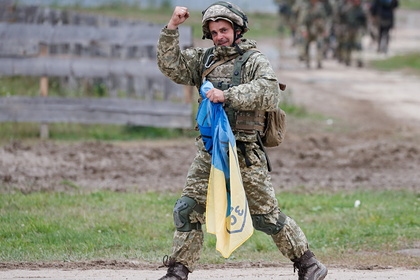 Security of Crimea and Donbass, as well as the Russian community in Ukraine are the main “red lines” for Russia in relations with a neighboring country. Andrey Sushentsov, Acting Dean of the Faculty of International Relations of MGIMO, Program Director of the Valdai Discussion Club, spoke about this in an interview with Lente.ru.

“Russia cannot afford to calmly watch monstrous disasters like the events in Odessa May 2, 2014. It was a fundamental event for the Russian public consciousness, it harmed Ukraine itself the most, but it also became an internal political issue in Russia, “the political scientist said.

“These are issues that cannot be resolved remotely, and here one should rely only on the self-preservation instinct of the Ukrainian authorities,” he said.

The political scientist at the same time noted that previous attempts by Russia to take part in the internal politics of Ukraine had a negative effect for various reasons. “Perhaps now the Russian authorities are simply giving Ukrainian voters the opportunity to assess the consequences of their own choice,” suggested Sushentsov.

He stressed that now Ukraine is becoming “just a circumstance, an obstacle” for Russia.

Earlier, in a conversation with Lenta.ru, Acting Dean of the Faculty of International Relations of MGIMO, Program Director of the Valdai Discussion Club Andrey Sushentsov named Russia's strategic goals in relation to Ukraine after 2014.