The head of the Investigation Department of the TFR, suspected of taking a bribe, was arrested in Moscow 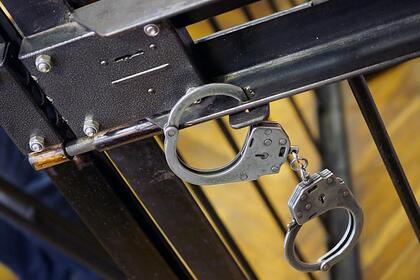 area of ​​Sergei Arefiev. He is suspected of accepting a bribe on an especially large scale. This was reported to “Lente.ru” on Friday, December 3, in the Basmanny Court.

According to the investigation, the investigator in the department headed by Arefyev was undergoing a criminal case on tax evasion. Arefiev found an intermediary who contacted the management of the debtor firm. In addition, Arefiev personally met with the executive director of the company to put forward his demands.

Representatives of the company appealed to law enforcement agencies, and the transfer of money took place under their control. Immediately after it, first the mediator was detained, and then Ariefiev.

Earlier it was reported that the head of the Ministry of Health, Mikhail Murashko, handed over to the investigators the fraudster, transferring the materials to the TFR, which served as the basis for initiating the case. Former director of the Federal State Unitary Enterprise “Repair and Construction Department” of the Ministry of Health Mikhail Moskalev fictitiously employed his daughter as an accountant and appropriated more than a million rubles as a salary.