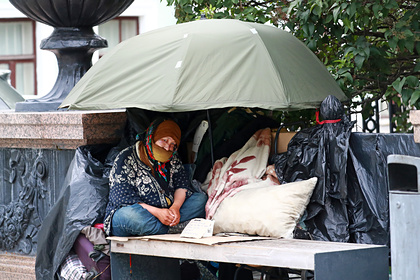 Rosstat for the first time estimated the number of the poor in the country based on poverty lines. This is stated in a message published on the website of the service. The government approved a new parameter for accounting for the poor at the end of November.

Based on the new poverty line, the population with incomes below this limit in the third quarter of 2021 was 16 million people, or 11 percent of the total population of the country. Calculations showed that, compared to the third quarter of 2020, the number of Russians with incomes below the poverty line decreased by 2.8 million people, and their share – by 1.8 percentage points.

According to Rosstat, over the year the average per capita nominal monetary income of Russians increased by 15.5 percent – to 40,402 rubles in the third quarter of 2021. The department explained this dynamics by an increase in social payments and an increase in economic activity in general.

The poverty line supplemented the already existing indicator of the subsistence minimum. The new indicator is supposed to be calculated by multiplying the previous value of the PM for the quarter by the general inflation for the corresponding period. As they said in the Ministry of Labor, the new indicator is introduced solely for statistical purposes and will not affect the amount of state support for socially disadvantaged segments of the population. The press service of the department added that this approach will allow a more accurate calculation of the level of poverty among citizens.