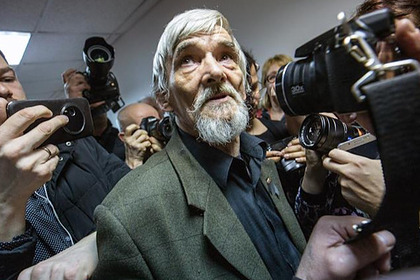 historian and head of the regional “Memorial” ( included by the Ministry of Justice in the register of organizations performing the functions of a foreign agent ) Yuri Dmitriev, who is being prosecuted in the case of pedophilia. This was announced by the defendant's lawyer Roman Masalev, Interfax reports.

The case against Dmitriev was opened at the end of 2016 after the discovery of rusty parts of weapons and photographs of his adopted daughter in his house, who in the photo was three, five and six years.

In April 2018, the Petrozavodsk City Court acquitted him under articles on lecherous acts and the production of child pornography with the participation of his adopted daughter. Later, the acquittal was canceled and he was sentenced to 3.5 years in prison.

On September 29, 2020, the historian's prison term was increased from 3.5 to 13 years. He was found guilty of sexual abuse of his adopted daughter, who at that time was less than 14 years old.

Historian Yuri Dmitriev became the discoverer of the burial places of victims of Stalinist repression in Sandarmokh. He compiled books in memory of victims of repressions in Karelia in the 1930-40s.