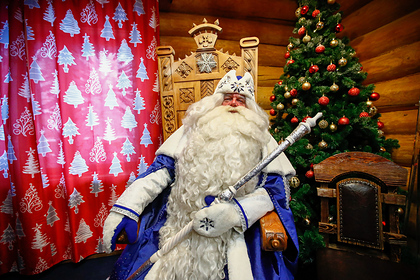 Santa Claus as a mythological character arose from Russian folklore, therefore, most likely, the middle name he doesn't. However, if we talk about Santa Claus as the hero of the collection “Tales of Grandfather Irenaeus”, then his patronymic is Ivanovich. The folklorist Varvara Dobrovolskaya told about this in a conversation with the radio station “Moscow Says”.

“In theory, Santa Claus has no middle name. But if we consider that this Christmas grandfather arose from the stories of Odoevsky, then he is Moroz Ivanovich. He was originally just Frost. This is not a grandfather, but a mythological character whose name was on Vasilyev's evening: Frost, Frost, do not hit our oats – protection for crops, “Dobrovolskaya reasoned.

Earlier, Santa Claus, who lives in a Moscow estate in Kuzminki, said that you can contact him Moroz Nikitich.

In October, Dobrovolskaya, in an interview with Lente.ru, dispelled the popular myth about women in Russian history. The expert stressed that women were not the oppressed side. They had rights, they could occupy leading positions. In addition, women have become the rulers of Russia several times.