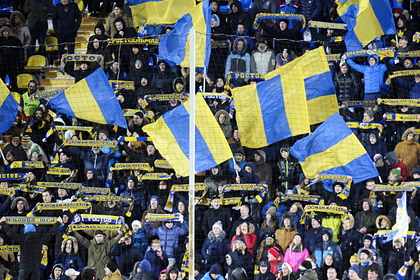 round of the Russian Premier League (RPL) against Zenit. This was reported by the Lenta.ru correspondent.

Rostov fans left their seats in the 20th minute of the confrontation. Thus, they expressed solidarity with CSKA fans, who announced a protest at the match against Wings of the Soviets.

On December 2, the fans of the red and blue announced that they would leave the guest tribune in the match with Wings of the Soviets. This action is dedicated to the massive arrests of CSKA fans after the game against Zenit.

On November 28 after CSKA's home game against Zenit (0: 2). 408 people were taken to the police, and about 50 protocols were drawn up. Some fans have already been fined and banned from visiting stadiums for two years for using pyrotechnics.