Doctor Myasnikov: vitamin A can lead to lung cancer and fetal deformity in pregnant women 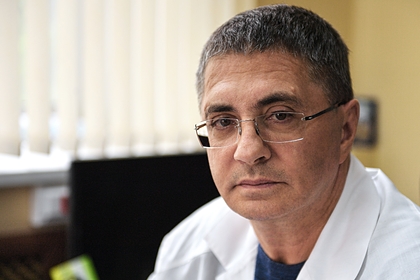 The most important thing “on the channel” Russia 1 “warned Russians about the dangers of vitamin A. The specialist explained that the use of the vitamin can lead to the development of lung cancer in smokers and fetal malformation in pregnant women. The episode is available on YouTube.

According to the doctor, it is scientifically proven that taking vitamin A increases the risk of lung cancer in people who smoke. “Research gave a huge number of people beta-carotene (a derivative of vitamin A – approx.” Lenta.ru “), and in smokers, lung cancer began to grow sharply,” he explained and added that the study this reason had to stop. “Nobody will stop research, for which billions of dollars have been paid, just like that,” the specialist noted.

The doctor also warned about the dangers of taking vitamin A for pregnant women. Excessive use of it can lead to fetal deformity, he said. “Vitamin A is generally a serious thing. For those who have bad skin, we prescribe retinol, the cream helps, but then there is a problem – you cannot get pregnant for several years. And retinol is a derivative of vitamin A, “he warned.

The specialist also recommended eating natural foods rich in vitamins. In addition, he urged not to take vitamins in tablets for the prevention of diseases. He noted that synthetic vitamins are absorbed worse than those obtained from food. “Vitamins are needed, but they must enter the body naturally, even if they are contained in much smaller quantities than we can provide you from a pharmacy,” the doctor concluded.

Earlier, Myasnikov dispelled popular myths about sugar substitutes and diuretic teas. He warned that the former are not effective means for losing weight, and the latter can be dangerous to the body.