The Russians who arrived from South Africa were diagnosed with a coronavirus, the strain is still unknown 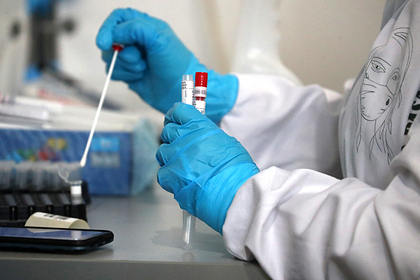 Two Russians who arrived from South Africa were diagnosed with a coronavirus, however is not yet known. Earlier, a new strain was recorded in the country, which was given the name omicron – it could potentially turn out to be more dangerous than the previous ones.

Rospotrebnadzor reported that on December 3, the first export flight from South Africa with Russian tourists took place. All passengers on today's flight will be quarantined for 14 days. The mass departure of tourists from the country began at the end of November after information appeared about the discovery of a new strain there.

The Omicron strain has already been identified in 38 countries, it is not officially in Russia yet

According to South African Health Minister Joe Paahla, the new omicron strain causes a mild form of the disease in vaccinated people, but the unvaccinated may face hospitalization. He noted that there is evidence that the strain is easily transmitted from person to person.

A new version was recorded, including in Japan, Canada, Spain, Sweden, Egypt and Austria. At the same time, as reported in the WHO, the delta strain of the coronavirus remains dominant. The main increase in omicron infections is in Africa.

According to the head of the Russian Ministry of Health Mikhail Murashko, the omicron strain has not yet been recorded in the country. He added that the ministry is actively tracking those who come from countries where a new variant of the virus has been detected.

According to the academician of the Russian Academy of Sciences, microbiologist, scientific leaders of the State Research Institute of Vaccines and Serums named after Mechnikov Vitaly Zverev, the omicron strain is either has already appeared in Russia, or will appear in the next few days. According to him, there is still little data to accurately name the timing of the displacement of the dominant delta strain in the country.

In a conversation with Lenta.ru, Ancha Baranova, Doctor of Biological Sciences, admitted that if the delta strain is displaced by the omicron, scientists will have to create a new vaccine against coronavirus, because existing drugs will lose their effectiveness. At the same time, the established treatment regimens will continue to operate, since mutations of the omicron do not affect them.

The main danger of the omicron strain, Baranova named a greater number of mutations in those parts to which antibodies produced by the human body are usually attached. Because of this, immunity to other strains may not be effective against omicron.