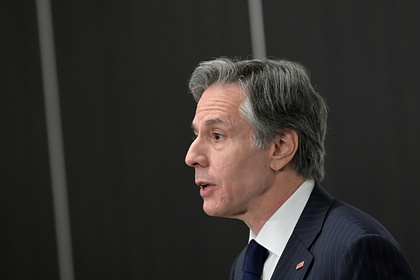 US President Joe Biden in a conversation with the Russian leader Vladimir Putin will declare Washington's intention to establish stable relations with Moscow. This desire of the head of state was announced by US Secretary of State Anthony Blinken, reports TASS

“I think that when they talk, the president will state our serious attitude towards greater predictability and stability in relations,” Blinken said. p>

He also stressed that the US expects from the conversation with the Russian Federation that the dialogue will take place “in the near future.” “Nothing can replace direct conversation and interaction between officials, especially between President Biden and President Putin,” he concluded.

According to him, Washington is now discussing with Moscow the possibility of contact between the leaders of the two countries in the near future. The American side is going to touch primarily Ukraine.

Earlier, the Kommersant newspaper, citing sources, reported that Putin and Biden could meet and hold talks on December 7th. At the same time, the named date has not yet been finally agreed upon. According to Kommersant, the meeting of the presidents is likely to be held via video conference call.