Roscosmos CEO Rogozin: a turning point has developed at the Baikonur cosmodrome 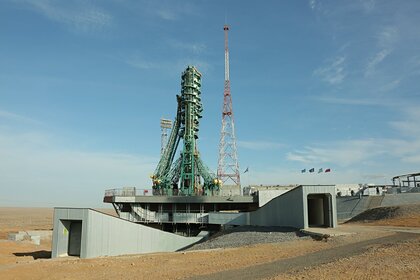 Roscosmos CEO Dmitry Rogozin during his speech integration ”recalled the sixfold reduction in the number of launch sites at the Baikonur cosmodrome located in Kazakhstan and leased by Russia. The statement of the head of the state corporation is quoted by RIA Novosti.

According to his words, a turning point has developed at the cosmodrome. “When we entered the lease agreement 25 years ago, there were 18 launch complexes, now there are three left,” the CEO said.

Rogozin recalled that Russia is currently working with Kazakhstan on the Baiterek project, which involves the launch of promising medium missiles” Soyuz-5 “from Baikonur.

According to TASS, during the forum, Baubek Oralmagambetov, Chairman of the Aerospace Committee of the Ministry of Digital Development, Innovation and Aerospace Industry of Kazakhstan, spoke about the planned cooperation with Russia and the UAE to modernize the Gagarin launch, from which it is possible to launch Soyuz-2. “We hope that the signing of the intergovernmental agreement will take place in the first quarter of next year,” the official said.

In July 2020, the former general director and former designer of the Khrunichev Center Vladimir Nesterov, who worked on the Angara missiles, said, that the Soyuz-5 launch vehicle being created by the Progress Rocket and Space Corporation (RSC) is not needed.

In the same month, RIA Novosti recalled that Soyuz-5 (Irtysh) is planned to be launched at Baikonur from the Nazarbayevsky Launch complex, which was named after the first President of Kazakhstan, Nursultan Nazarbayev, at the initiative of Russian President Vladimir Putin. >

Within the framework of the Baiterek project, it is planned to launch Soyuz-5 from a converted launch pad for the Ukrainian launch vehicle Zenit-3SLB at Baikonur. In the joint Russian-Kazakh project, Moscow is responsible for the creation of the launch vehicle, and Nur-Sultan is funding the launch infrastructure. Flight tests of Soyuz-5 are scheduled for the first half of this decade. The carrier is a two-stage medium rocket. The launch vehicle mass is about 530 tons, the length is 61.87 meters, the diameter is 4.1 meters, the first stage engine is RD171MV, the second stage engine is RD0124MS. Fuel components: oxidizer – liquid oxygen, fuel – naphthyl. The mass of the launched payload into low-earth orbit from the Baikonur cosmodrome is about 18 tons.