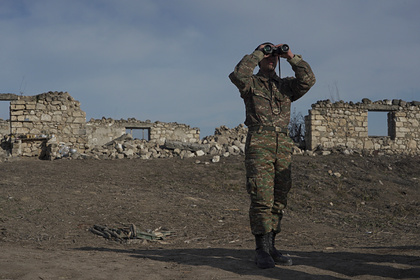 An Azerbaijani soldier was attacked in Nagorno-Karabakh. The incident was reported by the press service of the Ministry of Defense of Azerbaijan.

According to the ministry, on December 3, a serviceman of the Azerbaijani army, on alert at one of the positions in the Khojavend region, was attacked by a “person of Armenian origin” trying to take possession of his weapon.

It is noted that during the conflict, the military first opened fire in the air, after which, in self-defense, he neutralized the attacker. The Defense Ministry added that Baku has already reported the incident to the Russian peacekeepers and the joint Russian-Turkish Monitoring Center.

Earlier it became known that a military helicopter crashed during training flights at the Garageybat training ground in the Khyzi region of Azerbaijan. As a result of the crash, 14 people were killed, two more were injured.