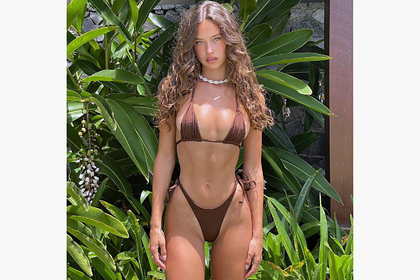 higher education. Her story is quoted by the Daily Mail.

Australian Leia Perini said that she dreamed of her own bikini brand from the age of 18, but decided to open it only at the age of 25. The heroine of the material noticed that there were not enough swimsuits with bright prints in the style of the 1980s on the market and launched a similar collection called Loleia Swim.

Perini is constantly developing new designs so that customers can purchase exclusive products. It is noted that on the first day of sales in November 2020, she completely sold out her swimwear line and became rich by thousands of dollars. The Australian does not disclose the exact amount of her income.

It is known that after creating her own brand, Perini left her old place of work, rented an office and hired several employees for the team. The girl's swimwear has become popular with celebrities such as Tammy Hembrow, Martha Kalifatidis, Saskia Teje and Isabelle Mathers.

A businesswoman believes that it is not necessary to get a degree to start and run a successful business. “I am convinced that it is impossible to learn creativity and acquire an entrepreneurial streak at the university,” she concluded in an interview with reporters.

In September, another woman left her job, started her own business and became rich in six weeks. Former Spanish teacher Maria Wilkes founded Candid Beauté, which manufactures products for the care of eyelashes and facial skin. Wilkes said she earned six figures in just six weeks after launch.