Deputy Representative to the UN Polyansky: the Afghan wing of IS poses a threat in Central Asia 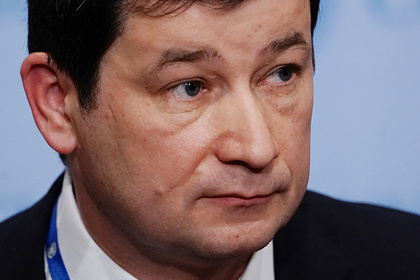 Russia ) is one of the key factors in the destabilization of the situation in Afghanistan and threatens the border countries of Central Asia. This statement was made by the First Deputy Permanent Representative of Russia to the UN Dmitry Polyansky at a meeting of the Security Council of the world organization. His words are quoted by TASS.

“The Afghan wing of ISIS (the former name of the group – approx.” Lenta.ru “) remains one of the key factors in destabilizing the situation in the country, – noted the diplomat.

Polyansky noted that an additional threat is posed by his expanding ideological, propaganda and recruiting activities with the skillful use of information and communication technologies. He noted that the presence of the group is noticeable in Afghanistan, and the increase in the number of suicide attacks indicates that the terrorists have human resources. According to the Russian diplomat, this indicates a threat to the states bordering Afghanistan.

The First Deputy Representative of Russia to the UN pointed out the need to focus on the problem of foreign terrorist fighters who are involved in the anti-terrorist sanctions lists “in order to prevent and suppress their criminal activity ”. In addition, the diplomat stressed the importance of applying the UN Security Council resolutions on the sanctions regime against the “Islamic State” and “Al-Qaeda” (terrorist groups banned in Russia).

Rane warned about the threat of the spread of terrorism to Afghanistan's neighbors Permanent Representative of Russia to the UN Vasily Nebenzya. The diplomat noted that the coming of the Taliban to power in Afghanistan did not bring stability to the country, and new challenges were added to the old problems, primarily related to the lack of international recognition.