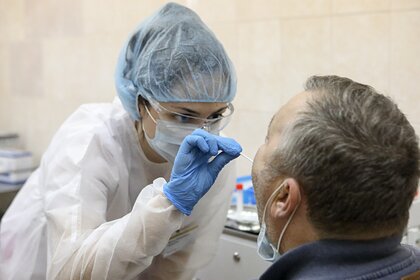 The omicron-strain has already appeared in Russia, or will appear in the next few days. Vitaly Zverev, an academician of the Russian Academy of Sciences, a microbiologist, scientific supervisor of the State Research Institute of Vaccines and Serums named after Mechnikov, shared this forecast with Lenta.ru.

“It is still quite difficult to predict something. Perhaps we already have it, if it is spreading so quickly, and it has simply not been identified yet. In any case, this is a question of several days or weeks, because some countries are still open, people travel to them, and someone will definitely bring it, “he admitted.

At the same time, the academician noted that so far the scientific community does not have enough data to talk about the exact time frame in which the omicron can displace the currently dominant delta strain in Russia.

Earlier, Russian Health Minister Mikhail Murashko said that the Ministry of Health has not yet recorded one case of infection with the omicron strain in the Russian Federation. The minister stressed that the department is actively involved in this issue and monitors everyone who arrives from countries in which a new variant of the virus has been detected.

On Friday, December 3, it became known about the infection with the omicron strain of an Australian resident who was fully vaccinated and did not travel outside the country.

The South African Minister of Health said that the new strain is easily tolerated by vaccinated patients, however, according to available data, it can bypass the immunity of those who have recovered from other variants of the virus.

Strain under the code B.1.1.529, which was given the name omicron, was identified in South Africa on November 11. At the moment it has appeared in more than 20 countries around the world.